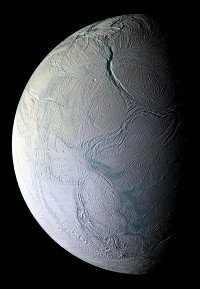 NASA’s astrobiology program addresses three fundamental questions: How does life begin and evolve? Is there life beyond Earth and, if so, how can we detect it? What is the future of life on Earth and in the universe? Our researchers include experts in a wide range of fields to address these pivotal questions, providing a comprehensive, integrated understanding of biological, geological, chemical, planetary, and cosmic phenomena. A focus on ocean worlds – bodies with substantial, stable liquid on their surface or subsurface – requires additional expertise in fields such as oceanography and marine biology, and opens up the key places in our solar system and beyond where life is most likely to exist.

Research in the Astrobiology and Ocean Worlds group spans a wide range of topics, including: assessment of the habitability of the solar system’s planets and moons; employment of morphology, chemistry and mineralogy to assess biosignatures, in particular on Jupiter’s moon Europa, Saturn’s moons Enceladus and Titan, and Neptune’s moon Triton; development of instruments and methodologies to detect extinct or extant life; finding correlations between carbon isotopic compositions and microstructures and/or taxonomy in microfossils; assessment of the theories for life’s origins, including the alkaline hydrothermal vent model; and understanding the geological history of Mars as it relates to habitability.

Additionally, we work on all aspects of future ocean worlds and astrobiology-based missions, from the development of long-term mission concepts to working on the instruments and methods that will perform the analysis of robotic platforms, and developing the hardware for future missions. JPL researchers are currently involved in a variety of missions and mission concepts, such as the Mars Science Laboratory (aka Curiosity), Mars 2020, Europa Clipper, and Dragonfly. We are also heavily involved in planning future Mars and Outer Planets Missions.