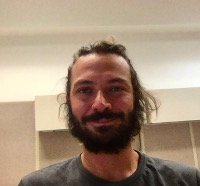 Alberto Roman received is BSc. in Geophysics from the University of Milan, Italy. He then moved to IPGP in Paris for his MSc degree in Geophysics. Here, he integrated first the planetary science group, and then the geophysical fluid dynamics group for his PhD. He has been working on a range of geophysical problems, including the coupling between Earth rotation and core dynamics or climate change, the physics of continental crust formation and the dynamics of magma transport. In September 2018 he joined JPL Earth Surface and Interior Group as an NPP fellow to study the deformation of major volcanoes such as Kilauea, Hawaii, and Sierra Negra, Galapagos, with radar interferometry and physical modeling.