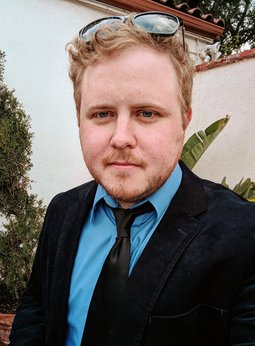 Jonathan Bapst is a Postdoctoral Fellow at JPL. He was born and raised in Buffalo, New York. Since completing his bachelor’s degree in mechanical and aerospace engineering, he has pursued a career in science. Jonathan received his PhD from University of Washington in Earth and Space Sciences and Astrobiology. His primary research focuses on the planet Mars and how its climate is reflected in icy terrains that stretch from the poles to the mid latitudes. In general, he is interested in using spacecraft data and theoretical models to characterize the surface properties of other worlds. At JPL, Jonathan also leads the science efforts for Mars Science Helicopter SRTD Systems Task, where he is defining mission concepts for a next-generation Mars rotorcraft.