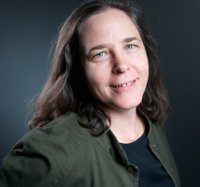 Annmarie received her Ph.D. in Environmental Engineering Science from Caltech in 1994 with a focus on air pollution and its impacts on visibility in Los Angeles. She has been at JPL since 1999, adapting her knowledge of radiative transfer and light scattering to algorithm development for the Tropospheric Emission Spectrometer (TES) as well as validation of AIRS data. She served as the TES Deputy PI and then PI between 2006 and 2010. That led to leadership roles as the Deputy Section Manager and Section Manager in Earth Atmospheric Sciences section before she joined the OCO–2 project in 2010. In her recent project and managements roles, she provides dynamic technical leadership for teams focused on the extraction of information about clouds, aerosols, and trace gases in the Earth's atmosphere. She is the Principal Investigator or a co-Investigator on a number of competitively awarded research tasks, and has worked on the development of a number of mission concepts.