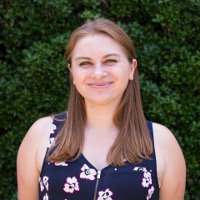 Angela is originally from New Jersey. In 2013 she graduated from Boston University with a Geophysics & Planetary Sciences major and a minor in mech. engineering. After briefly working for Columbia Lamont-Doherty Earth Observatory, she began a doctoral program at the University of Maryland (UMD) with Dr. Nick Schmerr. Her dissertation focused on using terrestrial analogs to prepare for seismic missions with only single-stations or small-arrays. As a member of the InSight science team, she worked to constrain the predicted uncertainty in the Martian core using seismic techniques. She also conducted field work in Alaska and Greenland to determine the fidelity of seismic methods for future missions to icy ocean worlds.

Now as a postdoc at JPL, she continues to work with the InSight team to investigate the deep interior structure of Mars. She also continues her work preparing for future missions to icy ocean worlds by investigating how seismology can reveal habitable conditions and environments.

Angela is a planetary seismologist. She studies how seismology can reveal deep internal structure and provide information on the seismic environments and activities in the near-surface.