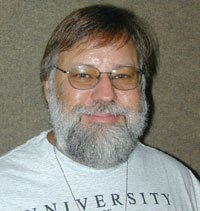 Dr. Tim Parker was the originator of the Mars Ocean hypothesis. He earned his Ph.D. at the University of Southern California in 1994, with a dissertation entitled "Martian Paleolakes and Oceans." His research papers on the subject of ancient aqueous environments on Mars, beginning in 1989, have played a significant role in the development of the "follow the water" theme of Mars exploration and influenced the graduate studies of a number of students around the world.

Tim's flight project experience at JPL includes CRAF, Magellan, Mars Pathfinder, Mars Exploration Rovers (MER), and the upcoming Phoenix and MSL missions. He is a member of the Athena science team on MER and serves as a Geology Team Group Lead. He played a critical role in landing site selection for Pathfinder and MER and leads traverse geological assessments for MER, which involves comparing high resolution MOC orbiter views of the MER landing sites with overhead projections of images acquired by the rover vehicles on the ground. Continuous updates of these location maps are critical for the successful operation of the rovers.

Tim first applied his localization skills to determine the location of Mars Pathfinder within 12 hours of landing, when only 60° of the horizon panorama had been downlinked. Based on this location, several kilometers east of the predicted location based on Viking Lander 1 radio tracking, he was able to find a better match between the horizon views and orbiter images of the Viking 1 Lander, about 6 kilometers east of the location proposed by the Viking science team 20 years prior. As the two MER rovers landed, he used this same skill to place the rover landing sites with respect to the orbiter images within hours of landing.