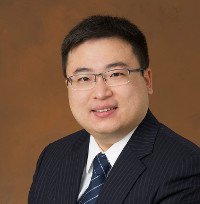 Dr. Renyu Hu is an expert in the physical and chemical processes, evolution, radiative transfer, and remote sensing of planetary and exoplanetary atmospheres. Dr. Hu received his Ph.D. in planetary science from the Massachusetts Institute of Technology in 2013, and joined JPL as a research scientist in 2015. Dr. Hu developed, from the first principles, a general-purpose photochemical and thermochemical model for exploring the diversity of exoplanets, which has led to the first classification framework of mini-Neptunes, a search strategy for helium-atmosphere exoplanets, and the prediction of an O2-CO runaway state on M stars' rocky planets. He also pioneered the method to detect minerals on bare-rock exoplanet surfaces. Dr. Hu also uses stable isotopes to study the evolution of planetary atmospheres. His research has led to evidence for a moderately dense early atmosphere on Mars. Dr. Hu's research group has played a significant role in both the deep characterization of exoplanets and the debate on the ancient climate of Mars. Dr. Hu is the Principal Investigator of a NASA Exoplanets Research Program and a NASA Habitable Worlds Program and is leading efforts to characterize exoplanets using Spitzer, Hubble, and TESS. Dr. Hu is a member of the WFIRST science investigation team, and his atmosphere models are used to determine what we can learn about exoplanets from direct-imaging observations. Dr. Hu is the Starshade Scientist of the NASA Exoplanet Exploration Program. In that capacity, he provides scientific leadership to the Starshade Technology Development to TRL-5 (S5) activity and manages the Starshade Science and Industry Partnership program.