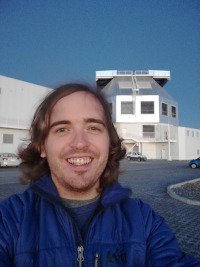 Thomas Connor is an NPP fellow studying the X-ray properties of supermassive black holes in the first billion years of the Universe. Born in Appalachian Ohio, Thomas attended Case Western Reserve University in Cleveland, Ohio for undergrad, before heading to Michigan State University for his graduate education. He earned his PhD in 2016, with a thesis on performing precision photometry in the crowded fields of galaxy clusters. In 2016, he moved to Pasadena to become a postdoctoral fellow at the Carnegie Observatories. There, Thomas used multi-slit spectra to map out clusters of galaxies and started working on X-ray observations of z>6 quasars. Of particular note, he was responsible for the X-ray analysis of ULAS J1342+0928; these data are of the most distant non-transient object observed in X-rays to date! Dr. Connor has extensive experience in optical observations of galaxies as well as in X-ray observations of clusters and of individual sources. While his research covers a variety of topics, they all revolve around a single theme: how was the Universe  built?