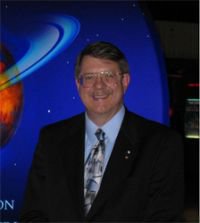 Dr. Johnson is currently the Chief Scientist for the Solar System Exploration Directorate, where his responsibilities include program development for future exploration missions. He is an expert in the geophysics and geochemistry of the satellites of the outer solar system. He has participated in all of JPL's major missions to the outer solar system, both as a researcher and a scientific leader. He was a member of the Voyager Imaging Team and NASA's science definition teams that developed the concepts for Galileo (for which he was Project Scientist) and Cassini (where he is involved with two experiments).

During Dr. Johnson's career at JPL, he has been involved in several NASA/JPL projects: