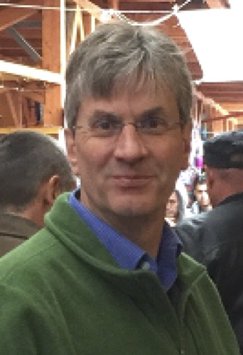 David Senske is a Research Scientist in the Science Division

In 1984, Dr. Senske received his B.S. in Geological Sciences from the University of Arizona. He received his ScM. and PhD. in Geological Sciences from Brown University in 1989 and 1993 respectively. Prior to receiving his advanced degrees, Dr. Senske worked as a researcher in marine geology at the Woods Hole Oceanographic Institution. He has worked on numerous NASA missions including the Magellan mission to Venus, the Galileo mission to Jupiter, Mars Polar Lander, and served as the NASA Headquarters Program Scientist for the Mars Reconnaissance Orbiter. Currently, Dr. Senske it the Deputy Project Scientist for the Europa Clipper Mission.