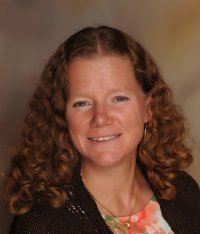 Andrea Donnellan is a principal research scientist at NASA's Jet Propulsion Laboratory. She is Principal Investigator of NASA's GeoGateway project, editor of the American Geophysical Union's Earth and Space Science Journal, Vice Chair of the UNAVCO board, and was President of the American Geophysical Union's Nonlinear Geophysics Section. Donnellan studies earthquakes and crustal deformation by integrating geodetic imaging data and computational infrastructure with modeling and analysis tools. Her current research focus is on analysis and modeling of geodetic observations in California using UAVSAR, GPS, and Structure from Motion. Donnellan produced one of the first papers to interpret GPS data in terms of crustal deformation and fault processes. She demonstrated that GPS measurement of surface deformation could be used to infer geometry and rate of slip on buried faults. More recently she used geodetic imaging data to show a broad pattern of crustal deformation in a region surrounding the 2014 M5.1 La Habra earthquake that was much larger than expected. Several shallow structures were responsible for producing the observed deformation. She also showed that postseismic motion north of the 2010 M7.2 El Mayor - Cucapah Earthquake could be explained by afterslip on the main fault rupture and that postseismic UAVSAR observations could fit using fault friction laws. In 2012 QuakeSim (now GeoGateway) won NASA's Software of the Year Award. Donnellan has been Deputy Manager of the JPL's Science Division, InSAR Pre-Project Scientist for studying natural hazards, ice sheets, and ecosystems, and NASA's Applied Sciences Program Area Co-Lead for Natural Disasters. She teaches Introduction to Geodetic Imaging as a lecturer at California State Polytechnic University - Pomona. From 1998-2015 she was Adjunct Assistant Professor of Research in Earth Sciences at the University of Southern California and she was a Visiting Associate at Caltech's Seismological Laboratory from 1995-1996. She has conducted field studies in California, in Antarctica, on the Altiplano of Bolivia, in Mongolia, and on Variegated Glacier in Alaska. She has been a geophysicist at JPL since 1993. Donnellan has degrees in Geology (BS Ohio State University, 1986), Geophysics (MS and PhD Caltech 1988 and 1991), and Computer Science (MS University of Southern California, 2003). She held a National Research Council postdoctoral fellowship at NASA's Goddard Space Flight Center from 1991-1993. Donnellan has received the Presidential Early Career Award, the MUSES of the California Science Center Woman of the Year Award, Women in Aerospace Award for Outstanding Achievement, JPL's Lew Allen award, several NASA Space Act Awards, the Antarctic Service Medal, and has been a finalist in the astronaut selection process three times. Donnellan has a glacier in Antarctica named after her for her work on that continent.