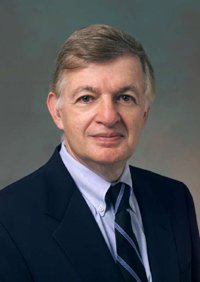 Dr. William D. Langer received his Ph.D. in Physics from Yale University. After leaving Yale, he continued his research in nuclear astrophysics as a Postdoc at the Goddard Institute for Space Studies in New York, followed by a year as an NSF-NATO Fellow at the Niels Bohr Institute in Copenhagen.  Dr. Langer then spent several years on the faculties of New York University and the University of Pennsylvania where he taught physics and astronomy.  Originally a theorist, he broadened his work to observational radio astronomy at AT&T's Bell Laboratories, where he was a visiting astronomer.  He came to JPL in 1991 from Princeton University.

Over the years his research interests have spanned a wide range of theoretical and observational studies including neutron stars, solid state physics, fusion plasmas, Galactic structure, the interstellar medium, star formation, active galactic nuclei containing supermassive black holes, and the chemical evolution of stars and planetary disks.  He is a former Manager of the Science Division and was the Project Scientist for the Herschel Space Observatory in its formative years.  Dr. Langer is author, or co-author, of over 190 peer-reviewed research papers, a book on atomic processes, and editor of conference proceedings.  He is a Fellow of the American Association for the Advancement of Science.