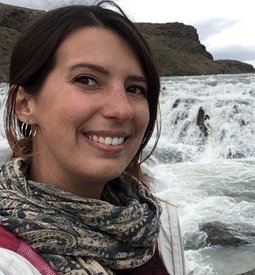 My work focuses on the detection and characterization of low mass exoplanets using ground-based precision radial velocity (PRV) facilities. During my PhD at UC Santa Cruz I helped to commission and automate the Automated Planet Finder (APF) telescope – a 2.4m PRV facility located in the hills above San Jose. Once the telescope was operational, I led some of the APF’s first science results -- including the detection of a new planet orbiting the nearby M dwarf GJ 687. After moving to MIT for a postdoc position I began acting as a PRV follow up specialist for the small planets discovered by NASA’s Transiting Exoplanet Survey Satellite. Using the Planet Finder Spectrograph on the Magellan Clay telescope in Chile, I confirmed planets such as TOI-824 b and TOI-1231 b and measured their masses and bulk densities. As a JPL postdoc I helped to lead the Extreme Precision RV working group, and expanded my PRV work to include additional, redder, RV spectrographs such as the PAlomar RV Instrument (PARVI). And now as a JPL scientist I’ll be working with the Exoplanet Exploration Program Office to support the development of Extreme Precision RV science capabilities in the 2020s as we work towards detecting Earth-like planets orbiting Sun-like stars.

Before jumping into the world of exoplanets, I started my astronomy career studying planets much closer to home – while pursuing my bachelor’s degree at Cornell University I worked with Joe Burns and Matt Hedman to study the dynamics of Saturn's dusty ringlets.