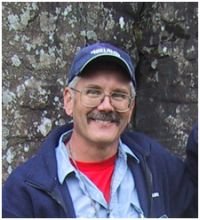 David Beaty is currently the Chief Scientist for the Mars Exploration Directorate at the Jet Propulsion Laboratory in Pasadena. His PhD research at Caltech involved work on samples returned by Apollos 11 and 12. After leaving Caltech in 1980, Dr. Beaty entered the minerals industry with Noranda Exploration. He worked on commercial mineral exploration projects throughout the Rocky Mountains, primarily on projects related to zinc, molybdenum, gold, silver, and copper. In 1988, Dr. Beaty switched to the oil industry, joining Chevron at their research lab in La Habra, CA.

Some of Dave's key responsibilities include working with the Mars science community to define the open scientific questions related to Mars (and the evolution of those questions as our understanding of Mars improves with time), to establish consensus positions regarding their relative priority, to see that this planning information is considered for incorporation into the standing MEPAG system of goals, objectives, and investigations, and to formulate implementation strategies that can be considered for the Mars flight program.