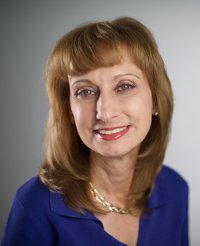 Dr. Rosaly M. C. Lopes is Directorate Scientist for the Planetary Science Directorate and a Senior Research Scientist at NASA's Jet Propulsion Laboratory, California Institute of Technology. Dr. Lopes was born and raised in Rio de Janeiro, Brazil. She has a Bachelor of Sciences in Astronomy and a Ph.D. in Planetary Sciences from University College London (part of the University of London, UK). Her major research interests are planetary and terrestrial geology and volcanology. During her Ph.D. she traveled extensively to active volcanoes, particularly Mount Etna in Sicily, and became a member of the U.K.'s Volcanic Eruption Surveillance Team. Dr. Lopes joined JPL as National Research Council Fellow in 1989 and, in 1991, became a JPL employee and a member of the Galileo Flight Project, a mission to Jupiter. She was responsible for observations of Jupiter's volcanic moon Io from 1996 to 2001, using Galileo's Near-infrared Mapping Spectrometer. During this exciting period of her career, she discovered 71 active volcanoes on Io, for which she was honored in the 2006 edition of the Guinness Book of World Records as the discoverer of the most active volcanoes anywhere.

Dr. Lopes worked on the Cassini mission to Saturn from 2002 until 2018, with the role of Investigation Scientist for the Cassini Titan Radar Mapper Team. She is currently studying data acquired by Cassini, in particular, the geology and potential habitability of Saturn's largest moon, Titan, as a Principal Investigator in NASA’s Astrobiology Institute, leading an international team.

She has received many honors for her contributions to the studies of volcanism on Earth and the planets. In 2006, she was elected Fellow of the American Association for the Advancement of Science and, in 2015, Fellow of the Geological Society of America. In 2018, she received the Ambassador Award from the American Geophysical Union and became a Fellow of that society, and an elected member of the International Academy of Astronautics. Other awards include two NASA Exceptional Public Service medals (2007 and 2019), the Adler Planetarium’s Women in Science award (2018), the Antarctica Medal from the National Science Foundation, the Lowell Thomas medal from the Explorers Club (2014), the Wings Women of Discovery Air and Space award (2009), the Women at Work Medal of Excellence (2006), the American Astronomical Society's Carl Sagan medal for excellence in communicating science to the public (2005), the Woman of the Year in Science and Technology Award from GEMS television (1997), and the Latinas in Science medal from the Comision Feminil Mexicana Nacional (1991). In 2016, she was honored by the International Astronomical Union with Asteroid (22454) Rosalylopes.

Dr Lopes has taken many leadership roles in the scientific community. In addition to serving as Vice-Chair of Commission B of COSPAR, she chairs the Outer Planets Task Group of the International Astronomical Union's Working Group for Planetary System Nomenclature, is a member of the Space Studies Board of the US National Academies, and a member of the Steering Committee for the Keck Institute for Space Studies. She served as elected Chair of the Division for Planetary Sciences of the American Astronomical Society 2012-2013, and as President of the American Geophysical Union’s Planetary Science Section. She was Editor-in-Chief for the planetary science journal Icarus from 2017-2020.

In addition to her science work, Dr Lopes is a strong supporter of education, diversity, and outreach, nationally and internationally. She has given numerous public lectures in the US and abroad, on every continent including Antarctica. She has been active in the media, giving hundreds of interviews, and has been featured on over twenty TV documentaries and shows in the US alone, including for National Geographic, Discovery, Science Channel, PBS, The Weather Channel and History channel.

Use of remote sensing data collected from spacecraft to further develop theoretical models of surface processes, in close collaboration with instrument investigations. Recent research efforts have been directed towards:

Cassini-Huygens
Habitability of Hydrocarbon Worlds: Titan and Beyond