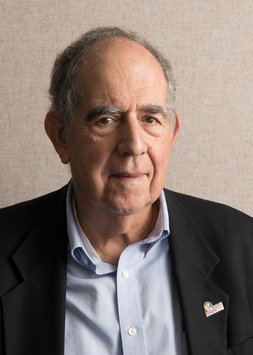 Dr. Michael Werner is the Project Scientist for the Spitzer Space Telescope and also served as the Chief Scientist for Astronomy and Physics at the Jet Propulsion Laboratory, California Institute of Technology. He has been an active researcher in infrared astronomy for over 50 years, studying star formation, the interstellar medium, the central regions of our Galaxy, and exoplanets. He has served as Spitzer Project Scientist since 1983 and was one of the leaders of the evolution of Spitzer from a shuttle-attached payload into the elegant free-flying observatory which operated successfully in an Earth-trailing solar orbit for over 16 years. Werner was named the 2006 George Darwin lecturer by the Royal Astronomical Society in recognition of the success of Spitzer and is also the recipient of two NASA Outstanding Leadership Medals and the NASA Distinguished Public Service Medal. He graduated from Haverford College in 1963 with a B.A. in physics and received a PhD in Astronomy from Cornell University in 1968. He is now an active member of the SPHEREx team, working on JPL’s newest MIDEX mission.