BICEP2 continued the experimental approach of BICEP. BICEP2 detectors improved the instrument sensitivity by an order of magnitude by using monolithic arrays of Transition-Edge Sensor detectors, 512 in total. The detectors were fabricated in JPL's Microdevices Lab and were coupled with SQUID multiplexers from NIST. BICEP2 operated from 2010 to 2012, observing the same low-foreground region as BICEP from the same South Pole site, entirely at 150 GHz. The final maps were the most sensitive to date and shown a detection of B-mode polarization that might be in part of a cosmological origin that could be related with gravitational waves and the theory of inflation.

The Keck Array is a cluster of 5 telescopes and detector arrays each very similar to BICEP2, with the same science goal of mapping deeply the polarization of the Cosmic Microwave Background. The Keck Array observes from a neighboring building at the South Pole, with initial observations taking place in 2011. In 2014, the Keck Array observed with three instruments configured for 150 GHz and two configured for 100 GHz. In 2015, the Keck Array has two new focal planes at 220 GHz in place of two of the 150 GHz, providing three 'colors', to better monitor the foreground emission (mostly thermal dust). 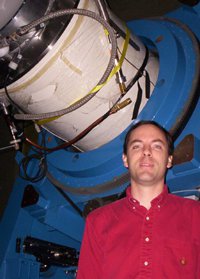 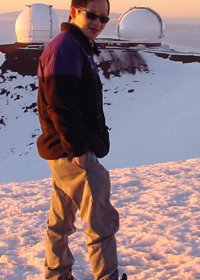