Nasa’s Jet Propulsion Laboratory is developing a giant shade which could help in the search for life on planets outside our Solar System (exoplanets). Earth-like planets orbiting a star are about 10 billion times fainter than a star making it very difficult to see, but a Starshade flown between a space telescope and a star could precisely block out a star’s light and reveal any planets. The exoplanets could then be analyzed for signs of life. The shade will be too big to fit in a rocket, but Nasa has developed a way of folding it before it is transported and unfurling it once it is in space. JPL has developed the first and single realistic scientific simulations for the starshade. Visit sister.caltech.edu for more details. 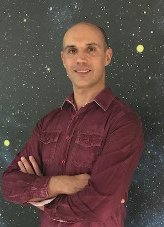