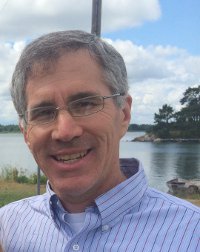 Dr. Mark Hofstadter is a Planetary Scientist working at NASA's Jet Propulsion Laboratory in Pasadena, California. His research focuses on the atmospheres of planets, primarily the giants of the outer solar system (Jupiter, Saturn, Uranus, and Neptune), and on comets. Dr. Hofstadter uses both ground- and space-based radio telescopes in the course of his work. He is the Principal Investigator for MIRO (Microwave Instrument on the Rosetta Orbiter),which flew alongside a comet as part of the European Space Agency's Rosetta mission. He also works with the Goldstone-Apple Valley Radio Telescope (GAVRT) program. GAVRT is a partnership between scientists and educators that allows middle- and high-school students to carry out real scientific research as part of their math and science classes.