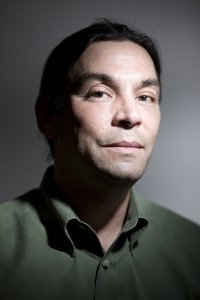 In 1986 he received his B.A. in Geological Sciences from Cornell University, and in 1994 he obtained his Ph.D. in Geology from Arizona State University. As an affiliate member of the Galileo Imaging Team while a researcher at Brown University, he worked to plan many of the Galileo observations of Jupiter's icy Galilean satellites. From 2001-2006, he was an Assistant Professor of Planetary Sciences in the Astrophysical and Planetary Sciences Department of the University of Colorado at Boulder, and he continues to mentor graduate student researchers. Along the way, he has worked with various science museums and organizations to bring the excitement of astronomy and planetary exploration to the public.

Pappalardo's research focuses on processes that have shaped the icy satellites of the outer solar system, especially Europa and the role of its probable subsurface ocean. Europa research includes the possibility that solid-state convection has played an important role in the satellite's history, investigation of regions of separation and spreading of the satellite's icy lithosphere, and implications of the surface geology for lithospheric properties and the existence of a liquid water ocean beneath the icy surface. Additional recent research involves the nature, origin, and evolution of bright grooved terrain on Jupiter's moon Ganymede, specifically the style of tectonism and implications for the satellite's geological history. Also, he is investigating the geological implications of geyser-like activity on Saturn's moon Enceladus and of processes that shape the surface of Saturn's moon Titan.