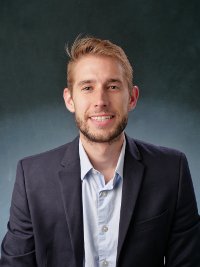 Marek Slipski is a NASA Postdoctoral Program fellow at JPL. His work focuses on the past and present climate of Mars, the evolution of the atmosphere, and the coupling of the lower and upper atmosphere. Marek earned his PhD from the University of Colorado where he worked with Dr. Bruce Jakosky modeling the evolution of Ar isotope ratios in Mars’ atmosphere and studying the structure of the upper atmosphere using MAVEN data. As a postdoc at JPL, he is working the with the MCS (MRO) team to understand the distribution of Martian mesospheric clouds and the role of gravity waves in mesospheric cloud formation. He is also the Science PI and active manager of the Cloudspotting On Mars NASA citizen science project on Zooniverse.