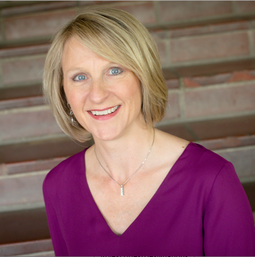 Leslie Tamppari graduated in 1990 from the University of Arizona, majoring in Applied Math. During her studies she had an internship with the Jet Propulsion Laboratory (JPL) in Pasadena, California. After graduation from the U of A, Tamppari was hired back to JPL to work as an Investigation Scientist for the Photopolarimeter/Radiometer (PPR) Experiment aboard the Galileo spacecraft. A few years into this job she returned to continue her education at University of California, Los Angeles where she received her PhD in Geophysics and Space Physics in 2000. She studied water-ice clouds in the Mars atmosphere, using the Viking orbiter data set. She was able to detect and map the clouds over the course of a Mars year, which showed for the first time that Mars has nearly constant widespread cloud cover. She has also held jobs such as the science lead for many future mission proposals and studies including those for Mars, Europa, and Titan and served as the deputy project scientist for the Mars Science Laboratory during its inital days. In 2002, Tamppari was invited to be a Co-Investigator for atmospheric studies on the Phoenix mission and in 2003 she was invited to become the Phoenix project scientist. Subsequently she served as the deputy project scientist for the U.S. portion of the ExoMars Trace Gas Orbiter, and she is currently the deputy project scientist for the Mars Reconnaissance Orbiter. She has served on two NASA Science Advisory Groups and has been leading the development of a sub-mm sounder for Mars orbital observing. She is a co-investigator on the Mars 2020 Perseverance rover’s atmospheric experiment, MEDA.