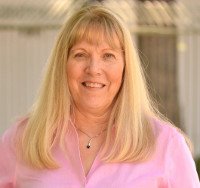 Dr. Linda Spilker is a planetary scientist at NASA’s Jet Propulsion Laboratory who has participated in NASA and international planetary missions for over four decades.  Her mission roles have grown to encompass mission leadership as well as design, planning, operation and scientific data analysis.  As Cassini Project Scientist, Spilker led a team of over 300 international scientists to maximize the scientific return of the Cassini mission within cost and schedule.  She worked in a science role on the Cassini project for 30 years, and was a Co-I with the Cassini Composite Infrared Spectrometer (CIRS) team. She led the CIRS ring team focusing on thermal infrared studies and modeling of Saturn’s rings to address questions of the rings’ origin and evolution. She led the science preparation of two Cassini Senior Review Proposals, in 2012 and 2014, both of which received Excellent ratings.

Spilker previously worked on Voyager for 12 years, as the Experiment Representative (science liaison to the project) with the Infrared Radiometer and Spectrometer (IRIS) team and as a science associate with the Photopolarimeter Team.  Prior to that she was a research assistant (as L. Horn) in the Geology Department at Caltech studying the lead and bismuth distribution in meteorite samples, with a focus on carbonaceous chondrites and early solar system history and formation.

Spilker currently serves on the Outer Planets Assessment Group (OPAG) Steering Committee as the Vice Chair for OPAG.  She was recently the Chair for the Division for Planetary Sciences (DPS).  She is very familiar with the 2012 Decadal Survey, provided input for Cassini and planetary ring science and was an author or coauthor on a number of white papers.  She has also participated on the Advisory Council for Planetary Data System Ring-Moon Systems Node since 1990, providing input on archiving data from Cassini and other planetary missions.