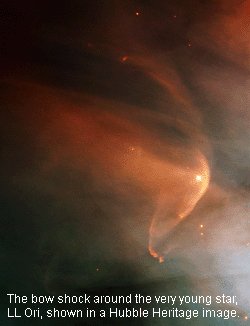 The Interstellar and Heliospheric Physics Group (3263) is a multidisciplinary group engaged in research on the Sun and solar wind, the magnetospheres of the Earth and outer planets, the birth of stars and planets from interstellar gas and dust, and the impacts of stars' life-cycles on galaxies from our own Milky Way to the distant universe.  Group members investigate these topics using theory, instrumentation, space and ground-based observations, data analysis, and laboratory studies.

The scientific expertise and research activity of the group members include:

We utilize space mission data to advance knowledge by: analyzing solar storm measurements from STEREO, determining collision cross sections of solar wind ions in the laboratory, investigating solar forcing of the Earth's climate, examining how sunlight heats Saturn's rings, interpreting Rosetta data on comets' composition and interaction with the solar wind, modeling the signatures young planets inscribe in the disks of gas and dust from which they're born, characterizing energetic particles from the Sun and cosmic rays from interstellar space, probing the material thrown off by dying stars, and mapping interstellar clouds to learn how they form new stars.

We are developing ideas and technologies for future missions in three main areas: (1) space plasmas, through technology demonstration on small satellites CuSPP+ and INSPIRE; (2) solar storms, through the proposed SAFARI-Solar Activity FAR side Investigation; and (3) far-infrared astronomy, through the NASA Far-IR Surveyor concept, the balloon-borne Stratospheric Terahertz Observatory to map interstellar gas, and its follow-up GUSSTO, as well as technologies for compact sub-millimeter grating spectrographs and microwave kinetic inductance detectors to study faint emission from distant galaxies.