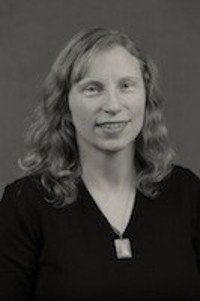 Dr. Ceri Nunn is a lunar seismologist. She joined JPL in 2018 as a Postdoctoral Researcher in Planetary Sciences. Ceri obtained her PhD in Seismology from the University of Cambridge, with a focus on the mechanisms of continental collision. She used surface waves and body waves to image the subducted Indian lithosphere beneath the Tibetan Plateau. She then moved to Durham University to use seismic techniques to image changes beneath Mount Etna during a volcanic eruption.  She was a Marie Skłodowska-Curie individual fellow at Ludwig Maximilian University (LMU) in Munich, where she studied how seismic waves propagate on the Moon, and how they are different from Earth.

From 1969 to 1972, Apollo astronauts deployed seismic experiments on the Moon. Ceri is involved in an ongoing project to clean up and preserve the seismic data from the Apollo missions, and put the data into SEED format (a format which is easy for seismologists to download and use). There is an article about this work here.

Ceri is a member of an international team which collected reference seismic datasets and internal structural models of the Moon. The group ran two workshops, sponsored by the International Space Science Institute in Bern and Beijing, and produced two papers. Raphael Garcia, from ISAE-SUPAERO at the University of Toulouse, led the group, and led a paper which collected previously published internal structural models of the Moon, as well as developed new models. Ceri led the group’s second paper which described the seismic data available from the Apollo seismic experiments and reviewed the instrumentation.

Ceri recently joined the science team for the InSight mission. The mission, which landed in November 2018, contains a seismometer. Ceri is interested in comparing observations from the Moon with those from Mars, and to use her otherworldly experience to understand more about the structure of Mars.

Ceri is excited about developing new missions to the Moon. She is a member of the Lunar Geophysical Network (LGN) team, which will propose the LGN at the next NASA New Frontiers call. Ceri is also working with colleagues to develop mission concepts which involve using penetrators (bullet-shaped vehicles designed to penetrate the lunar surface, and embed instruments beneath the ground) to deploy microseismometers on the Moon. The group are also looking at lander-based missions as well as astronaut-installed instruments.

Ceri uses seismology to understand the internal structure of planetary bodies. She studies moonquakes and the ways that the seismic waves propagate within the Moon. She currently uses data from the Apollo missions to the Moon, but will soon be using data from the InSight mission.