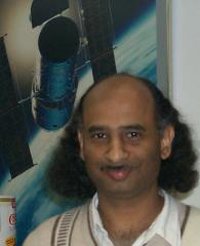 Dr. Sahai's research has focused on the physics and chemistry of mass-loss in dying stars, the births of new stars in irradiated environments, and the accretion phase in the lives of massive stars, using both spectroscopic and continuum techniques, radio and infrared wavelengths. His most recent research interests include study the UV emission from exoplanet host-star systems using archival data form GALEX and new observations with the Hubble Space Telescope. He has over 140 published articles in these areas. He is a frequent invited speaker at conferences on evolved stars.

For his research, Dr. Sahai proposes new studies with, and/or uses archival data from NASA's Great Observatories (e.g., James Webb Space Telescope, Hubble Space Telescope, Chandra X-Ray Observatory, GALEX, Spitzer Space Telecope) and the Atacama Large Millimeter Array, to investigate the circumstellar environaments of young and dying stars, as well as exoplanet-host stars, with high angular and/or spectral resolution and/or at wavelengths only accessible from space. He is an expert at building detailed models, constrained by multiwavelength data, for studying individual objects, as well as object classes.

In the past, he has led and/or participated in several space-based astrophysics mission and instrument concept studies such as a Probe-Class UV and optical observatory, SmallSat UV observatories to investigate accretion activity and binarity in dying stars and the star-planet interaction in exoplanet host stars, an infrared high-contrast coronagraphic imaging camera to search for planetary and brown dwarf companions around nearby stars, and circumstellar matter in young, main-sequence and dying stars (as part of the Design Reference Mission for the JWST). He was a member of the Science Team for the ECLIPSE coronagraphic telescope concept for a DISCOVERY-class mission to search for extra-solar giant planets.