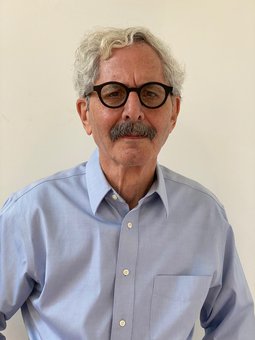 Dr. Paul Goldsmith is the Group Supervisor for 3266 – Structure of the Universe. His recent work has focused on observations of far-infrared fine structure lines to determine the complete structure of molecular clouds associated with star formation. He has also worked on determining time scales of cloud formation by using atomic hydrogen in molecular clouds as a tracer of their evolution and history. He has also been studying the impact of star formation on surrounding molecular cloud material via changes in abundance, heating of dust, shock waves, and other processes. He is actively involved in the development of technology for high resolution submillimeter and far-infrared spectroscopy.

Dr. Goldsmith's areas of interest in astronomy include unraveling the structure of molecular clouds and understanding how star formation occurs within them. This has led to developing techniques for probing the densities, temperatures, and other physical conditions in these regions. In addition to carrying out ground-based and airborne observations, he was a co-investigator with the Submillimeter Wave Astronomy Satellite (SWAS), studying water, atomic carbon, molecular oxygen, and carbon monoxide. Goldsmith was the PI on the Herschel Oxygen Project, which has made the first multi-transition detection of this species in interstellar space. Goldsmith is working with colleagues at JPL interpreting data from the fine structure line of ionized carbon. He has been involved in modeling the collisional excitation and radiative transfer of the 158 μm [CII] line. The first extensive velocity - resolved spectra of this important coolant of interstellar clouds have been obtained with the HIFI instrument on Herschel. Observations using the GREAT instrument on SOFIA are continuing. He is also pursuing large-scale surveys of the structure lines with GUSTO and ASTHROS balloon missions. Goldsmith has an ongoing interest in astronomical instrumentation, especially high-sensitivity systems at centimeter to submillimeter wavelengths. He has also been actively involved in development of focal plane array receivers for radio and submillimeter telescopes. He has worked on the optical design of multiobject spectrometer systems for the CCAT telescope and has participated in a number of proposals for array receivers for submillimeter fine structure lines on balloons and SOFIA.