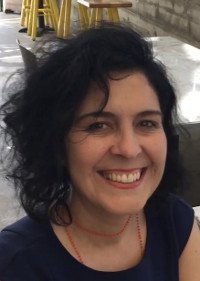 Dr. Graça Rocha is a Staff Scientist at JPL and Associate Academic Visitor at Caltech. Her area of expertise is Cosmology, more specifically constraining models of structure formation and fundamental physics with the study of the Cosmic Microwave Background Radiation, CMB.

She is a Planck Scientist, Coordinator of three Planck core areas and Co-author of several innovative mathematical and statistical frameworks for CMB data analysis. In addition, she was the spokesperson for the Planck team at the Planck Plenary Session at ESLAB, Netherlands in 2013.

She is currently very active in pursuing the preparatory studies for next CMB polarization experiments such as CMB-S4 and of a potential CMB Space mission, PICO. In addition, she is pursuing research in the area concerned with detection and characterization of Exoplanets in spectroscopic data, direct imaging data, and with radial velocity technique.

In 2018 Graca Rocha and the Planck team were awarded the prestigious Gruber Prize in Cosmology.