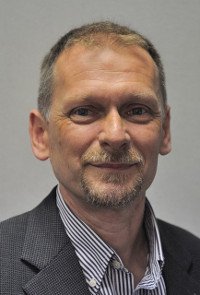 Darek Lis obtained his PhD from the University of Massachusetts, Amherst in 1989. He subsequently joined the submillimeter group at Caltech, where he was Research Fellow in Physics (1989 — 1992), Senior Research Fellow in Physics (1992 — 1998), and Senior Research Associate in Physics (1998 — 2015), as well as Co-Principal Investigator (1996 — 2013) and Deputy Director (2009 — 2014) of the Caltech Submillimeter Observatory. From 2014 to 2019 he was Professor at Sorbonne University in Paris and Director of the Laboratory for Studies of Radiation and Matter in Astrophysics and Atmospheres, a scientific department of the Paris Observatory. In 2021 he was elected to the Organizing Committee of the International Astronomical Union, Commission H2 Astrochemistry.

Darek Lis’s research interests include astrochemistry and high-resolution molecular spectroscopy of solar system objects and the interstellar medium, from the Milky Way to the high-redshift Universe, as well as submillimeter heterodyne instrumentation. Using ground-based and space-borne far-infrared facilities, such as the Caltech Submillimeter Observatory, Herschel Space Observatory, or Stratospheric Observatory for Infrared Astronomy he has studied molecules and their isotopic ratios to understand the physical conditions and chemistry of the interstellar medium, as well as the origin of Earth’s oceans.