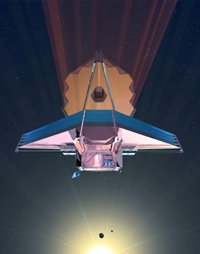 The James Webb Space Telescope (JWST) is a large, infrared-optimized space telescope, scheduled for launch in 2018. JWST will find the first galaxies that formed in the early Universe, connecting the Big Bang to our own Milky Way Galaxy. JWST will peer through dusty clouds to see stars forming planetary systems, connecting the Milky Way to our own Solar System. JWST's instruments will be designed to work primarily in the infrared range of the electromagnetic spectrum, with some capability in the visible range.

JWST will be the premier observatory of the next decade, serving thousands of astronomers worldwide. It will study every phase in the history of our Universe, ranging from the first luminous glows after the Big Bang, to the formation of solar systems capable of supporting life on planets like Earth, to the evolution of our own Solar System.

JWST will have a large mirror, 6.5 meters (21.3 feet) in diameter and a sunshield the size of a tennis court. Both the mirror and sunshade won't fit onto the rocket fully open, so both will fold up and open only once JWST is in outer space. JWST will reside in an orbit about 1.5 million km (1 million miles) from the Earth. 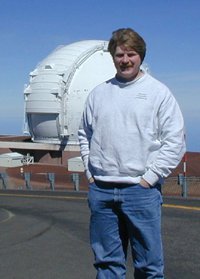